This post contains affiliate links. Purchasing something through the link may give us a small commission or credit at no extra charge to you. This helps us maintain our website! Thanks for your support! Visit our disclosures, TOS, and policies page. 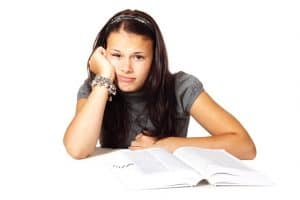 Have you ever wanted to do something so badly you couldn’t help but dream about it all the time? During my sophomore year in college, as I sat writing a term paper, the thought occurred to me that I wanted to become a flight attendant. I had wondered if it was something I could do as a summer job. It was the early 90’s, the internet was a baby, Google had not been invented, and email was a new concept.  Needless to say, I had no idea how to even start looking for a job like that. The thought slipped out of my mind as I turned to focus on my paper. My senior year in college, I was 22 and taking my last class in Europe. It was my first time traveling out of the country, my first time seeing the ocean (from a plane), and the first time I got motion sickness. Never had I experienced the misery feeling nausea for the longest flight of my life. However, this time, the longest flight of my life was the most miserable. Eight hours of being sick crushed the idea of becoming a flight attendant. After a few years teaching, I decided I wanted to work in the travel industry. If I couldn’t fly, I’d figure out some other way to be around airplanes. I applied to a major airline as a customer service representative. It wasn’t a difficult job to get. I had worked in customer service during high school and college then spent my first two professional years corralling middle schoolers. I never doubted I would get the job. For 4 hours a day at $7.50/hr, I checked in hundreds of passengers a day. Eventually, my little seniority earned me a spot in baggage claim.  (If you did not catch the sarcasm there, let me clarify. No one wants to work in baggage claim. Junior employees had little choices at times). After about a year, I got to work in the VIP room and eventually the gates. Working the gates ignited my desire to become a flight attendant. It seemed like such a fun job. Flitting about the globe, not knowing where you would lay your head. Since I had a year in my position, I was able to apply internally for the flight attendant position.

My only obstacle to my dream job?

I was seven months pregnant. (You thought I was going to say motion sickness, didn’t you 🙂 ). When I finally put my request in, I almost did not get the interview. The reason is that they looked at my absences during my prior year. I had missed about ten days due to severe morning sickness. Fortunately, the only caveat in their very strict attendance rule is they cannot count days missed due to pregnancy. I lucked out and was able to attend the face-to-face interview.

Let me paint a picture for you. I was 27 years old, my hair was short and curly, I had wire-framed glasses, AND braces. Add to the fact that I was nursing and had to bring a pump to an interview with about 50 people and you’ve got yourself quite a candidate. With all that, I walked in not thinking for a second I wouldn’t be offered the position. I was relaxed, confident, and made up my mind I was going t be a flight attendant.

Is it always that easy?

Not now. It’s been 16 years since I was a flight attendant and I see that it is more difficult to get in front of recruiters. The game has changed and it is because of the internet. Companies have access to a LOT of information that you don’t even realize. The process has become so refined that if their resume scanner (a computer not a person) doesn’t pick up on certain information that you have submitted, you won’t see the next computerized step. I have heard of candidates applying several times before getting their face in front of real people. I am sure that each time they applied, they had to figure out what they did wrong and fix it for the next attempt. The process is harder, so you need to be smarter.

How can you be smarter?

I’ll walk through some basic mistakes that the digital generation is oblivious to. You don’t know what you don’t know, so I’m going to tell you in the next few posts.